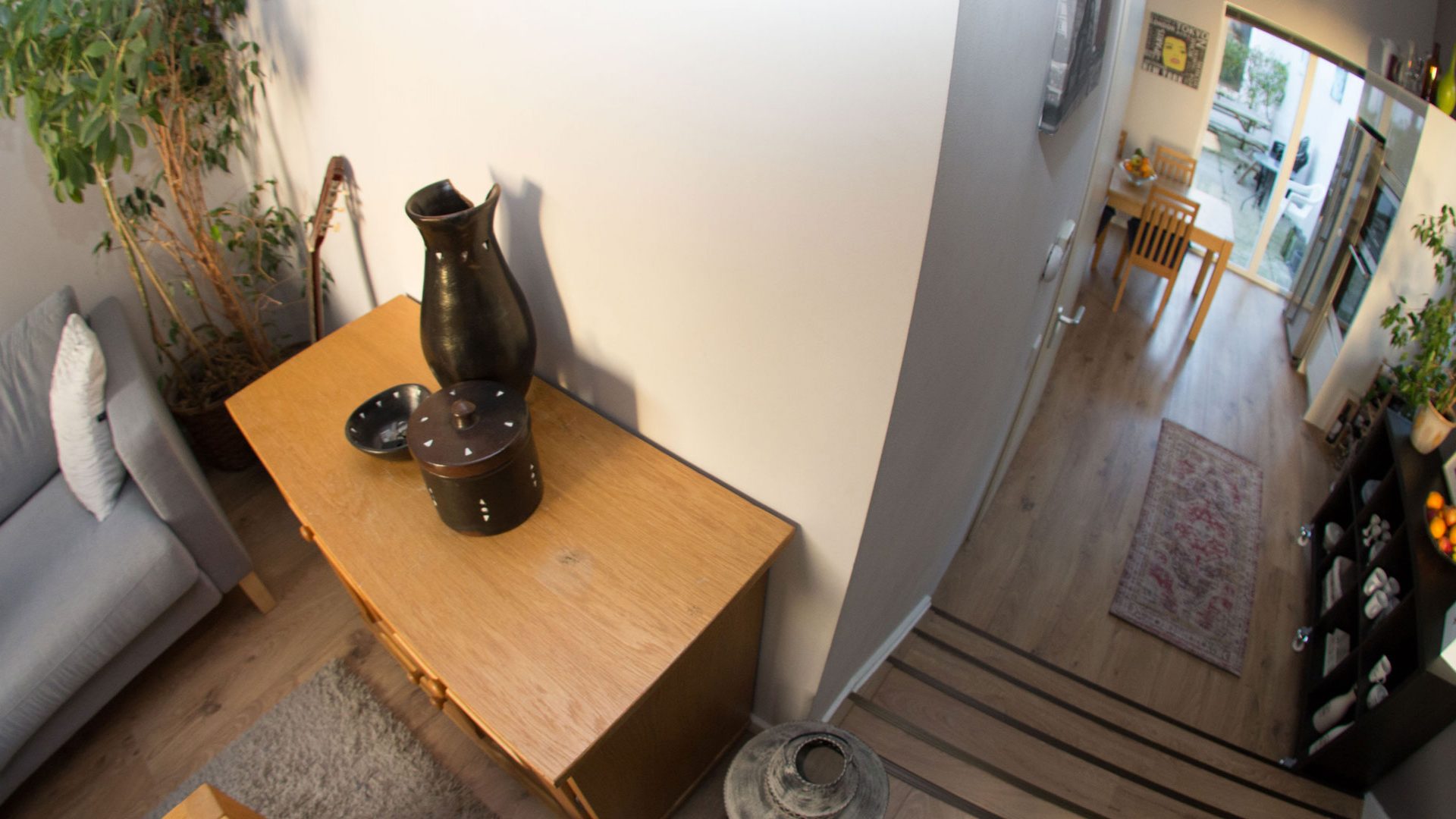 Want to find out about Marbles Inn, Bed & Breakfast in Amsterdam? Here you can find out more about the location, the house, how to get there, the history, the name and your host.

The location of Marbles Inn

Marbles Inn is located in the newest district of Amsterdam, called IJburg. IJburg is a collection of artificial islands, reclaimed from the former South Sea, nowadays the IJsselmeer. The first residents came to IJburg in 2002.

The harbor with bars and restaurants and a popular large city beach are located on walking distance. In the streets around Marbles Inn are also other recommendable restaurants.

For the exact location, check out Google Maps below.

The modern house is built in the Amsterdam tradition of the old canal houses. It has four levels, high ceilings, and is located next to a canal.

Breakfast is served in the kitchen. The kitchen is also available for the guests during the day. In the summer breakfast can be served on the large outside terrace.

The rooms have plenty of daylight due to the large windows, and a spacious private bathroom. There is free internet access all around the house. There are comfortable double beds, and you can make your own coffee or tea in your room. The rooms have a TV with Netflix.

Marbles Inn is located in the east of Amsterdam, close to the city center. Tram 26 is running very frequently within 15 minutes directly to/from Central Station, bus N89 takes over the service during the night. Bus 66 runs frequently in 20 minutes to the South East district (“Zuidoost”), where large venues like the Johan Cruijff ArenA and Ziggo Dome are located. Tram- and busstops are located at 150 meters from the house.

Due to the fact that there is always a shortage of parking places in the city and parking fees are very high, it is not recommendable to visit Amsterdam by car. For guests who come by car anyway, there is one free parking space available in the internal garage in the building. This parking needs to be reserved upfront.

Long before IJburg was build, this location was very important for the international trade: from the 17th century large ships came from South Asia to Amsterdam, taking the route through the South Sea. This fairway was called Pampus. Before entering the harbour they had to wait for the high tide at the exact place where IJburg is now located.

A few years later a fort was built on the same location, as a part of the defence of Amsterdam against enemies coming from the South Sea. This fort, which was also called Pampus, still exists and can be visited. You can see the fort from the shores of IJburg.

Marbles Inn has its origin in 2004. In that year the British band Marillion released their album “Marbles”. This album is my all time favorite album. It contains the best music I have ever heard, and the lyrics have inspired me till today. I have named my B&B after this album as a big honor to Marillion, and because the music and the lyrics inspired me in many occasions in my life. When you are interested you can check their website: www.marillion.com. I can strongly recommend the “crash course CD”, which can be ordered for free from their website.

My name is André van Leeuwen, and Marbles Inn is the fulfilling of a long-cherished dream. After my studies I started as a primary school teacher, but I quickly discovered this was not what I wanted. I decided to make a career switch and started working in finance. As a part of that I lived for a few years in Poland, where I decided it was time to go for my real passion: starting my own Bed & Breakfast.

I had no doubt that the location had to be Amsterdam, and preferably IJburg. I love to show Amsterdam to my friends from all over the world, and especially the many not well known spots. Above all, I love the freedom of this beautiful city, where everybody can be themselves.

I like to bike in and outside the city. Also, I am interested in culture in general. Furthermore, I like going to museums and festivals, reading, and I love listening to music and attending concerts.

I speak Dutch, English, German, and a bit of Polish.

Upcoming Events in March, by I Amsterdam